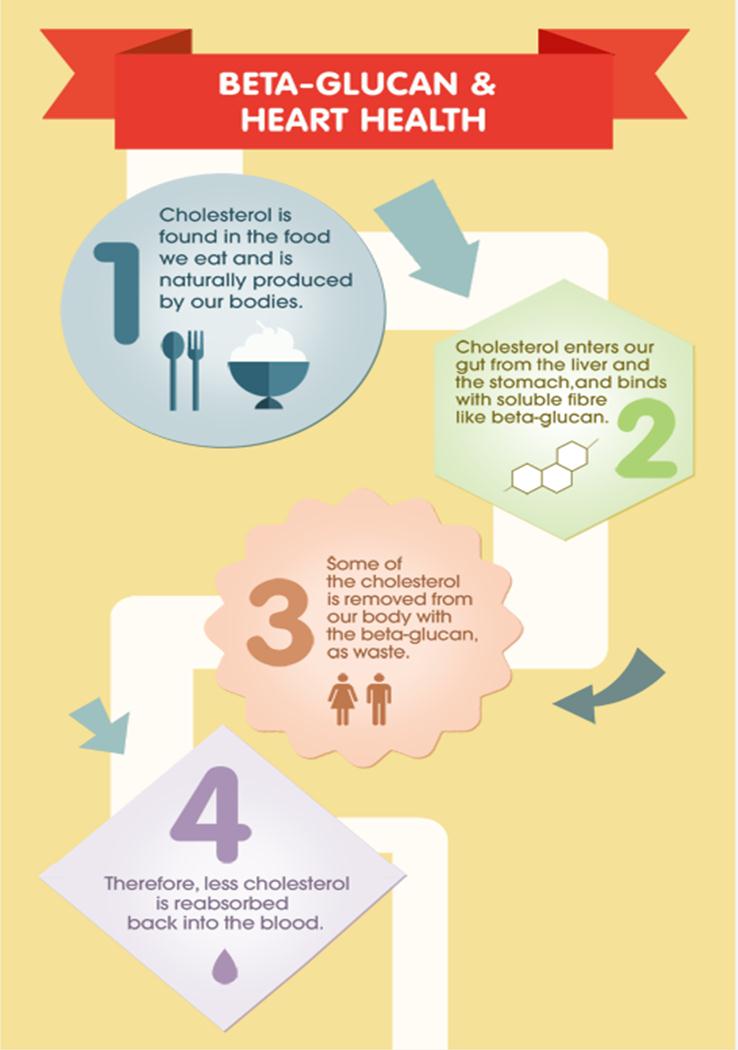 Porridge only holds half the answers


Health conscious porridge eaters are missing a trick this winter and should be using oat milk for their winter breakfasts instead of milk or water, according to Vitasoy ambassador and nutritionist Zoe Bingley-Pullin.

Health conscious porridge eaters are missing a trick this winter and should be using oat milk for their winter breakfasts instead of milk or water, according to Vitasoy ambassador and nutritionist Zoe Bingley-Pullin. Responding to Vitasoy’s new research into Australian attitudes towards food, the data shows that the majority are increasingly concerned about their heart health with two in five surveyed saying they eat porridge to help reduce cholesterol. However, as little as 1.5 percent know the recommended daily intake of the cholesterol-lowering ingredient beta-glucan, naturally found in oats.

Recommended by the Dietitians Association of Australia as a healthy breakfast food, oats, like oat milk, contain a soluble fibre called beta-glucan that can actively help to reduce cholesterol reabsorption. Porridge made with water or milk only provides half the recommended daily intake of beta-glucan, yet simply switching to oat milk would provide the whole 3 grams says Zoe. Plant milks are becoming increasingly popular for their health benefits as well as providing a variety of taste and texture in Australian’s milk repertoire. Oat milk has a creamy texture, the flavour of oats and more fibre than any other milk. It’s hard for people to remember specific nutrition information. If the only thing you do this winter is to make your porridge with oat milk, you can help to boost your heart health significantly, she added.

– Native to southern Europe and eastern Asia, oats have been cultivated around the world for two thousand years.
– Before they were consumed as food, oats were used for medicinal purposes, which they continue to be today. A common ingredient in skin and bath products, oatmeal can help sooth dry, flaking skin or itchy rashes, including those that occur with contact dermatitis and eczema.
– The process oats undergo after being harvested and cleaned, keeps their bran and germ in tact, so they’re packed full of fibre and nutrients including protein, calcium and zinc.
– The beta-glucan found in oats which can help reduce cholesterol reabsorption can also help stabilize blood sugar. So having a bowl of porridge in the morning can help make it easier to keep blood sugar levels under control and cravings at bay.
– Your daily bowl of porridge contains unique antioxidants called avenanthramides, which can help fight inflammation
– The largest bowl of porridge ever made was produced in Russia in September 2011 and weighed a whopping 865kg.

In Greenwich Village, Manhattan, you’ll find the world’s first oatmeal bar, serving up sweet, savoury and desert menus.Ê One of the unusual topping is crumbled Gorgonzola, with dried figs and balsamic vinegar glaze!

77% of Australia’s porridge fans are concerned about their heart health
56% think more about their heart health now, than they did two years ago
84% eat porridge at least three times a week during winter
22% are unaware that eating oats can actively help lower cholesterol re-absorption
92% make their porridge with either milk or water
89% have never heard of beta glucan, and of those that have only 13% are aware what the daily-recommended intake is

About Beta-Glucan: Beta-glucan is a type of soluble dietary fibre found in cereal grains like oats and barley. Research shows that 3 grams of beta-glucan per day can help in lowering cholesterol absorption.

Whether you're preparing a lunchbox for the little ones or a picnic basket for the adults, selecting the right snacks is important to ensure a well-balanced diet.

Whether plant milks are in your diet or not, keeping a health diary is the perfect kick-start to a healthy lifestyle. Even if it seems like a big jump into the unknown, it's really worth the effort. By keeping track of exactly what and when you eat, you can see what you can do today to help improve your diet.

There are so many yummy and healthy foods out there, don't think of a healthier diet as difficult, think of it as a smorgasbord.